The ISDS Awards Committee is soliciting nominations for the Rick Heffernan Award for “sustained and outstanding contributions to the knowledge and practice of biosurveillance.” This annual award was established to honor Rick Heffernan, an early leader in the field of biosurveillance, and founding member and constant supporter of ISDS, who passed away in February 2013. 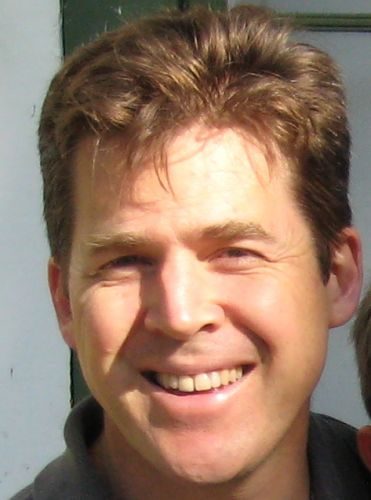 Rick graduated in 1992 from Columbia University, School of Public Health/School of International Affairs in New York, NY with a Master of Public Health and a Master of International Affairs. From 1992 to 1996 he worked for the New York City Department of Health, first as a Public Health Epidemiologist conducting HIV research and then as Assistant Director of the Bureau of Communicable Diseases. He set up the first Health Alert system to enable the NYC Department of Health to provide timely information to city healthcare providers on breaking public health emergencies. From 1996 to 2001 he was a Ph.D. candidate at Yale University, Department of Epidemiology and Public Health, completing all coursework and conducting research on drug resistant infections. During this time he spent a year studying the Ebola virus antibody in northeastern Gabon.

In the wake of 9/11, Rick rejoined the NYC Department of Health and was critical to the Department’s response to the World Trade Center and anthrax letter terrorist attacks. One of his major accomplishments was establishing one of the first electronic emergency department syndromic surveillance systems in the country. He also led the effort to develop the Communicable Disease Surveillance System, improving the city’s capacity to track over 70 infectious diseases. After moving to Madison, WI in 2007 with his family, he continued his work helping to detect, prevent and manage threats to public health, taking the position of Chief Research Scientist Supervisor for the Wisconsin Division of Public Health, Communicable Disease Epidemiology Section.

He was an author of numerous scientific journal articles, a board member of the International Society of Disease Surveillance, taught workshops on syndromic surveillance for the annual ISDS conference, and gave numerous presentations in his field of expertise. Since 2007, he served as Associate Faculty at the University of Wisconsin School of Medicine & Public Health, and previously served as Adjunct Lecturer for graduate-level courses at Yale University, Division of Epidemiology of Microbial Diseases and at City University of New York, Hunter School of Health Sciences.

Rick was committed to his career as a dedicated public servant in the field of epidemiology. He was a strong, gentle, and exemplary leader who will be remembered as a trusted friend, a deeply valued colleague, and one who was always calm in a crisis.

Rick was also a talented musician and athlete. He was profoundly loved by many, who will miss his warmth and gentleness, his delightful sense of humor, and his big smile.

One awardee will receive:

Any current or former ISDS member may be nominated by a colleague (no self-nominations please). Nominations should be prepared containing the following:

Application is CLOSED. Please come back next year to nominate an ISDS member for the Rick Heffernan Award for Public Health Practice.

If you have any questions or concerns, please e-mail  This e-mail address is being protected from spambots. You need JavaScript enabled to view it .