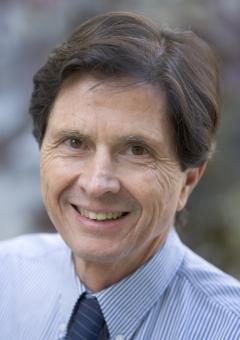 Dr Heymann is currently professor of Infectious Disease Epidemiology, London School of Hygiene and Tropical Medicine; head of the Centre on Global Health Security at Chatham House, London; and chairman of Public Health England, UK. Previously he was the World Health Organization’s assistant director-general for Health Security and Environment, and representative of the director-general for polio eradication.From 1998 to 2003 he was Executive Director of the WHO Communicable Diseases Cluster, during which he headed the global response to SARS, and prior to that was director for the WHO programme on Emerging and other Communicable Diseases.Earlier experiences at WHO include chief of research activities in the WHO global programme on AIDS. Before joining WHO he worked for 13 years as a medical epidemiologist in sub-Saharan Africa, on assignment from the US Centers for Disease Control and Prevention (CDC), where he participated in the first and second outbreaks of Ebola hemorrhagic fever, and supported ministries of health in research aimed at better control of malaria, measles, tuberculosis and other infectious diseases.Prior to joining CDC he worked in India for two years as a medical epidemiologist in the WHO smallpox eradication programme. He is an elected fellow of the Institute of Medicine of the National Academies (US) and the Academy of Medical Sciences (UK), and has been awarded several public health awards that have provided funding for the establishment of an on-going mentorship programme at the International Association of Public Health Institutes (IANPHI).

In 2009 he was appointed an honorary Commander of the Most Excellent Order of the British Empire (CBE) for service to global public health. More…

Dr. Richards is the Centers for Disease Control Deputy Director for Public Health Scientific Services, as well as the Director of the Office of Public Health Scientific Services.In these two roles, Dr. Richards is a key advisor to the CDC Director and oversees the National Center for Health Statistics (NCHS) and the Center for Surveillance, Epidemiology and Laboratory Services (CSELS) with activities that include the MMWR, Vital Signs publications, the Epidemic Intelligence Service and other scientific training programs, the Guide to Community Preventive Services, and a broad range of cross cutting epidemiology, public health surveillance, and laboratory services.

Dr. Richards earned his M.D. from the Medical University of South Carolina, an M.P.H. in Health Policy and Administration from University of North Carolina at Chapel Hill and is a graduate of the Epidemic Intelligence Service (EIS) at CDC, the Cancer Control Education Fellowship at UNC Lineberger Cancer Center and the Program on Clinical Effectiveness at Harvard School of Public Health. He completed Internal Medicine (Medical College of Georgia), Geriatric Medicine (Emory University) and General Preventive Medicine and Public Health (UNC Chapel Hill).